Dyslexia is a learning difference which primarily affects reading and writing skills. However, it does not only affect these skills. Dyslexia is actually about information processing. Dyslexic people may have difficulty processing and remembering information they see and hear, which can affect learning and the acquisition of literacy skills. Dyslexia can also impact on other areas such as organisational skills.

It is important to remember that there are positives to thinking differently. Many dyslexic people show strengths in areas such as reasoning and in visual and creative fields.

NASEN have produced a guide for supporting children and young people with Dyslexia. 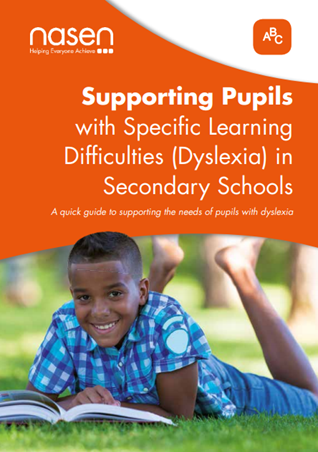 You can find it by clicking on this link or the image above (opens PDF in new page).

The video below can help explain more about Dyslexia

Getting a Dyslexia assessment

There are a number of assessment and screening tools which can be used to assess a person for Dyslexia. Below is a small range of places that can offer screening and assessment.

A diagnostic assessment is the formal way that dyslexia can be identified.

Screening tests can identify the probability of dyslexia and highlight strengths and weaknesses.

Clicking the image or link will take you to the relevant pages about these assessments in a new window. 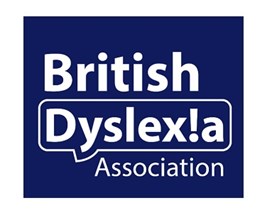 The video below can help explain more about Dyslexia

There are a number of fonts available which can make it easier for people with dyslexia to read.  Some people find that some work well for them, but some don't.  This video helps explain more.

Below are some fonts which could help.  Keep in mind that different fonts work better than others at preventing certain kinds of errors so the best font will depend on the preference of the dyslexic individual who will be using it. (click on each font to go the font webpage in a new window)

Dyslexie - Designed by Christian Boer who is himself dyslexic, Dyslexie font was created in the Netherlands as part of a thesis project.

OpenDyslexic - Alberado Gonzalez is a graphic designer who based this font on DejaVu Sans. It has since been used in several eye-tracking studies

Lexie Readable - This is a free option with good differentiation between the letters b and d.

Read Regular - While not expressly designed for people with dyslexia, this is a common font used by children’s book publishers. It was created at the Royal Art College.

Tiresias Infofont - This font is for people with visual impairment and hasn’t been tested specifically for dyslexic readers.

Sassoon Primary - While highly recommended, Sassoon must be purchased and can be expensive.

Additional options include Barrington Stoke, Myriad Pro, which is a very clean font and Century Gothic, which has geometric letters that can make reading easier in the same way as text written in all capital letters does.

There are a number of ways that all digital devices (computers, tablets and phones) can be made easier to use for those with Dyslexia, such as screen readers, visual display adjustments and voice control.

Please look at the Local Offer Accessibility overview page for more info, as well as ways to make Windows and Mac computers can be made easier to use.