ACES - Adverse childhood experiences is a term which refers to stressful or traumatic events that children and young people can be exposed to as they are growing up. ACEs range from experiences that directly harm a child, such as physical, verbal or sexual abuse, and physical or emotional neglect,
to those that affect the environments in which children grow up, such as parental separation, domestic violence, mental illness, alcohol abuse, drug use or imprisonment.

Why does it matter?

When exposed to stressful situations, the “fight, flight or freeze” response floods our brain with corticotrophin releasing hormones (CRH), which usually forms part of a normal and protective response that subsides once the stressful situation passes. However, when repeatedly exposed to ACEs, CRH is continually produced by the brain, which results in the child remaining permanently in
this heightened state of alert and unable to return to their natural relaxed and recovered state.

What can we do?

Think about how those experiences will have an impact on the child's healthy development and on their behaviours. 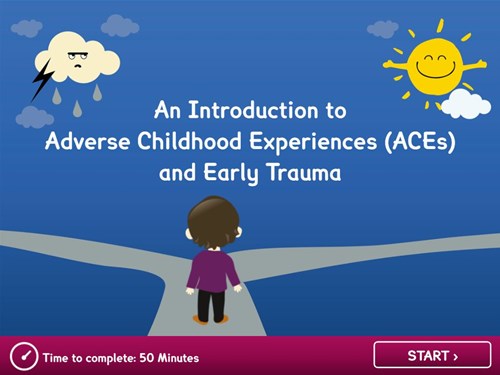 More information can be found on the Kirklees Safeguarding Children's Board ACES fact sheet. (opens PDF in new window).

The image below can help to explain ACES (click image to open PDF in new window): 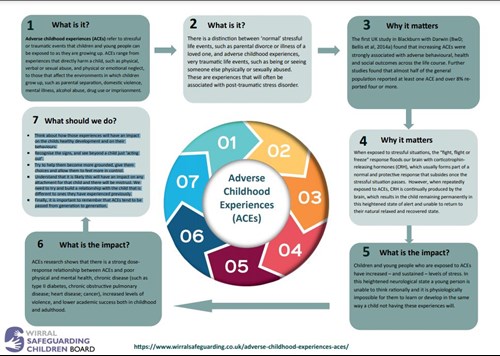