Sometimes, as a parent, carer or young person, you may disagree with a decision that has been made by Kirklees Council about a child or young person with SEND.

There are a number of ways that you can discuss this disagreement:

If you more want information, advice and support about a disagreement, please go to the Support Groups and Advice page which has details of who you can speak with.

If you have a complaint about a school, please go the Kirklees school complaints (opens a new page).  This is the option to take if your child has SEND and is attending a Kirklees school.  If the complaint is about specific issues with an EHCP then please see the information below.

Kirklees Council works hard to include young people's and parents'/carers' ideas and views in a plan and gives opportunities for changes to be made.  When a new or amended EHCP is produced, an opportunity is always provided to consider changes.  The local authority will send out a Draft EHCP (for new assessments) or a Proposed Amended (for existing EHCP's).  This is your opportunity to comment on what is in the plan and suggest changes.

To discuss concerns about an EHCP, please speak with SENDACT on 01484 456888 or email SENACT@kirklees.gov.uk

If once an EHCP is written (or finalised) and you or the young people when over 16 if they want to make that decision alone, don't agree, you can appeal about what it says in an EHCP.

The initial step that parents, cares or young people can go through is a process called mediation.  This is a carefully managed conversation with parents, carers, the council and other professionals to discuss the disagreement and try to resolve it.  This is run by another professional called a mediator who helps to keep the conversation on track.

Details of how to raise an appeal will be contained in the letter that the local authority sends out with the Final EHCP.

More information about appeals and tribunals can be found on the Local Offer disagreements, tribunals and appeals page.

When a decision not to carry out an EHC assessment has been made, SENDACT will always write to you with the reasons why.  This may include some feedback around the information in the request and what to include if another application for an EHC assessment is made.

If you or the educational setting send in further information that SENDACT require within eight weeks of the letter being sent, then they will reconsider the original request alongside the new information.

Another option is that we can go through a process called Mediation which is a conversation with parents, the council and other professionals to discuss the disagreement and try to solve it.  This is run by another professional called a mediator who helps to keep the conversation on track.    The council will not agree to carry out an assessment during mediation, but if following mediation they feel that an EHC assessment should be carried out, the request will go back to SENDACT's Decision to Assess group, along with a recommendation to carry assessment from the council representative as well as any new information that has been gathered.  The Decision to Assess group will consider this and make a decision.

Details of how to appeal a decision will be in the letter that the Local Authority send to you informing you SENDACT's decision.

Support when making a complaint

If you want to make a complaint about an NHS service you have received and need support with this, you can contact ASK 4 Advocacy on:

Disagreement Resolution - When nothing else has helped.

Sometimes it can be really hard to reach an agreement even if you have tried to speak with those who made the decision and have sought support from KIAS and other support groups.

If this happens, Disagreement Resolution may be the best next step.

Disagreement Resolution means that an independent person will talk to all those involved in the disagreement to try and help them reach a solution.

In Kirklees we use a company called Community Accord to carry out this work.  They are an independent service who specialise in mediation and helping people to find good solutions to complicated problems. 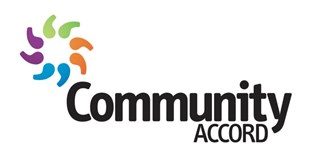 More informaiton about Community Accord can be found on their website (opens in new window).

This service is for any child or young person with SEND, this is not just for those with an EHCP.

If you have carried out the steps mentioned earlier in this page and would like to use Community Accord to help you reach an agreement, then please call us on 01484 416919 or email LocalOffer@kirklees.gov.uk

Community Accord have also produced a leaflet for families which helps to explain their offer.  Please click the image below to open it. 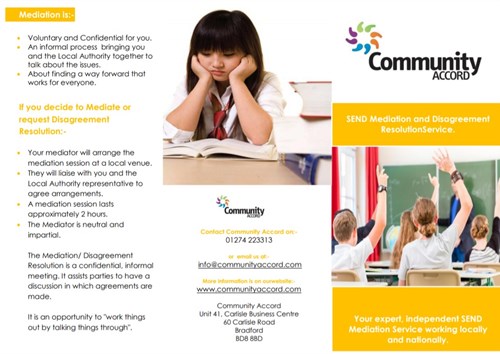 What about young people?

The Department for Education has also produced a guide for young people regarding complaints about SEND decision. 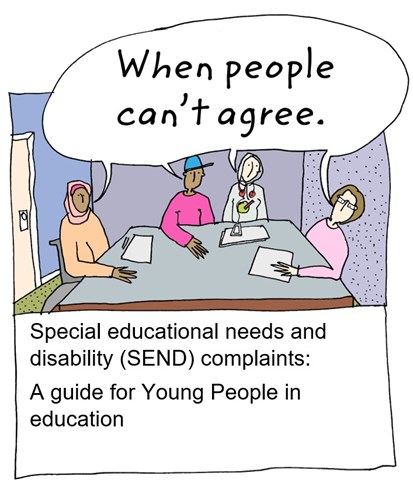